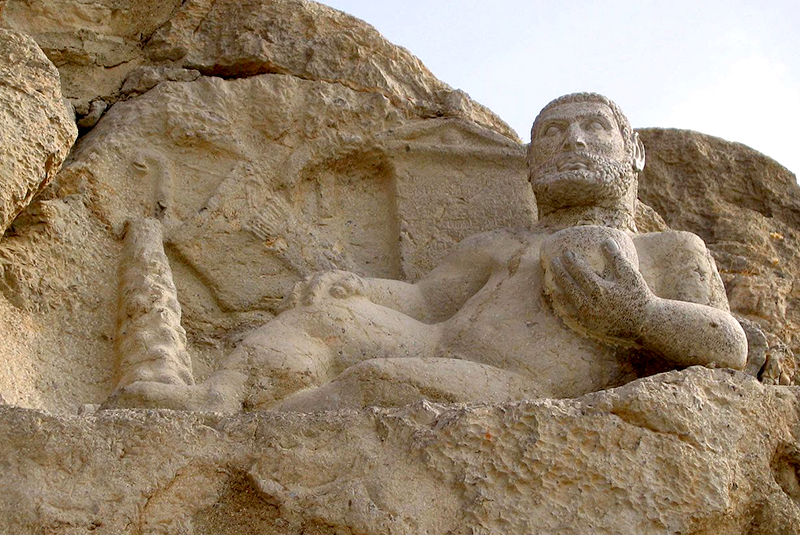 Taq Bostan is a series of large rock reliefs in the heart of the Zagros Mountains in Kermanshah Province. It is considered as one of the 30 surviving relics from the Sassanid Empire. The reliefs present a complex of culture, custom and history and tell many stories from power projection and religious tendencies to game and fighting scenes and festivities.

On a limestone cliff at Mount Behistun in western Iran, Kermanshah Province, there is a multilingual inscription and large rock relief (15×25).  It is written in three different cuneiform script languages (Old Persian, Elamite, and Babylonian). The inscription describes a sequence of events happened after the deaths of Cyrus the Great and the rock relief tells a story of conquered people who are lining before Darius I the Great, the conqueror.

This historical place dates back to Qajar era and is basically a mourning site for Shia Muslims. The tile works of this complex are very exclusive and picturing the Islamic era warriors, the battle of Karbala and the pictures of Iranian kings such as Achaemenid kings and also, Persepolis. The colors used in art works of Tekyeh are 100% natural. 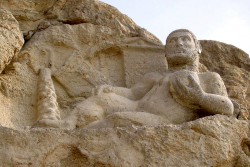 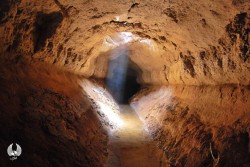 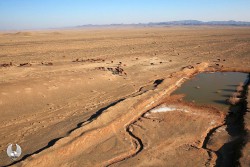